The number of people coming forward to adopt homeless animals rose by more than 40 per cent in 2012. 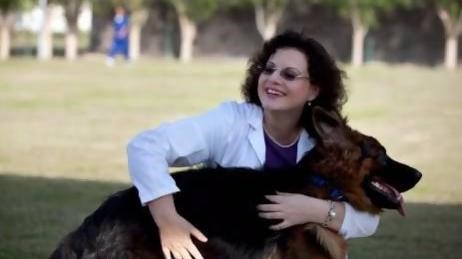 Vet Margit Gabriele Müller, the director of the Abu Dhabi Animal Shelter, with one of the shelter's rescued dogs. Silvia Razgova / The National

And the number of people coming forward to adopt homeless animals rose by more than 40 per cent in 2012, compared with the 324 adoptions in the shelter's first year of operation in 2011.

A total of 462 animals in need - the vast majority dogs and cats - were re-homed through the shelter last year and demand for feline and canine friends from the facility remains high; by the start of this week 24 dogs and 10 cats had been adopted since January 1.

Dr Muller is clearly delighted by the success of the shelter, which is based on the same site as Abu Dhabi Falcon Hospital, near the city's airport on the Sweihan road.

The reason for her broad smile is not just the increasing number of adoptions, it is also down to a changing attitude towards pet ownership in the emirate.

"It was a very good second year because people started to know the animal shelter and, at the same time, they started to change their perception about animals in a shelter," she said.

"When we opened, the concept of taking, or adopting, a pet from an animal shelter was not really familiar with most of the people here.

Now about half the pets are adopted by Arab and Emirati nationals and half from westerners, she reported.

The vet, who is also the director of Abu Dhabi Falcon Hospital, said advantages of taking a shelter animal include the fact it has been vaccinated, neutered and wormed, and had any health issues treated.

The shelter also pairs animals and people together, finding out about a potential owner's lifestyle, family and other pets.

"We try to match the animal with the correct potential owners. It reduces the risk of abandonment," Dr Muller said.

The shelter was created by a decree from the Executive Council in 2010.